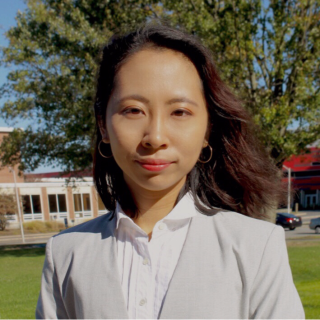 This was a sad, but touched love story.

Years have been passed since I heard the story from the director, Yiren Wang. (Movie introduction: Chinese)

The girl was having a mental disease and sent to the ‘retarded village’ by her mom. Her journey started here.

The ‘retarded village’ was once a normal, beautiful village nearby Jilin City. However, because of decades of unqualified drinking water, the villagers started to get sick. And their children were mostly mentally disabled. With the efforts of the local government, the water quality was improved, but the disabled group of people was left behind in the village. In 1986, the local government decided to set up the ‘retarded village’ as a collective farm and gathered other disabled people to this farm. It was in an impoverished living environment without enough economic support from outside. Villagers of the ‘retarded village’ worked, lived and shared the production together. That is why the director, Mr. Wang called it Utopia.

The director told me that he was living in this village together with these people for half a year. Using his friend’s words, he was ‘expecting something to happen’ in this village. Of course, he was always focusing on special groups of people in China and hoped that the whole society could pay attention, and help these guys. A Utopia seems to be a haven for someones, but is also mysterious,  hidden and neglected by the outsides. In reality, the villagers from the ‘retarded village’ are not in haven! They are the ones need support from the averages.

This girl was one of the examples who joined the Utopia after the ‘retarded village’ was set up by the local government when Mr. Wang was living in the village for a while. Very soon, a boy called ‘little mute’ fell in love with her. It was one of the mostal natural and unstoppable things that can happen in beings–love. They decided to marry each other, and the villagers together celebrated their wedding. The precarious status of the girl’s mental disease was controlled, but one day, out of no reason, she lost her mind and brought a knife to cut off the hand of her husband, little mute. She was taken out of the Utopia by her mom immediately. The lovers separated apart forever.

When the director told me the story, I was only sad. But I tried to imagine the kind of love between them and carried out the piece of music in a romantic but tragic way. Like them, I never experienced romantic love before. I guessed it must be out of instincts. No thorough consideration of social or fortune levels, no consideration of unusual appearance, not even any reasons for love. Wang told me that the ‘little mute’ let his wife cut his hand to try to stop her sickness. He would die for love, even if he could not express his feelings in a clear sentence.

Almost one year passed until I finally watched the whole movie in Jilin College of the Arts in 2008. Everything was different from my imagination, everything: the girl was not even attractive, and they were not even wearing new clothes the night they got married, she could only show silly smile with single words when talking about her husband, but, except for their love. Two scenes I could never forget in my life. The night they were married, there was red color decoration in the room, and they french kissed each other with no clues to learn from anyone anywhere; after the girl was taken away by her mom, ‘little mute’ was sitting in their room drenched himself in loneliness…

All original content on these pages is fingerprinted and certified by Digiprove
Don`t copy text!